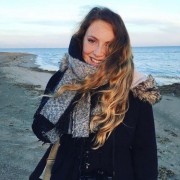 An editor has bid farewell to the newspaper she served for nearly 19 years.

Rebecca Brooks is leaving her post at Midsomer Norton & Radstock Journal, where she had worked since September 2004 and held the editor’s chair for nine years.

Rebecca leaves Somerset every week to take on a new role in the local charity sector and will be replaced by Lucy Slade.

Lucy, pictured, joined Tindle in 2019 after leaving the University of Bath Spa.

In a farewell editorialRebecca thanked Journal readers for their “incredible” support since the first coronavirus lockdown in 2020 prompted the owner of Tindle Newspapers to temporarily cease publication for six months.

She wrote, “Now that the newspaper is back on its feet and I’m no longer a single 20-something who can work all hours of the day and night, it’s time someone new took over the reins. .

“Additionally, I was offered an amazing opportunity to work in the local charity sector.

“Although I’m really sad to leave my dear colleagues, I’m so excited about this next step in my career.”

Lucy, who will officially take on the title of content editor, will be assisted in running the Journal by advertising manager Sarah Shipley, whose father Steve started the journal.

Steve, who died in 2017, was working for Fosseway Press in 1980 when the company decided to take advantage of a strike at the Somerset Guardian and launch a competing publication.

Tindle Newspapers then purchased the Journal in October 2003.

Rebecca added: “I’d like to take a moment to pay tribute to the Shipley family – Steve saw a gap in the market during the printing strikes in the 80s and that’s how we ended up with our brilliant free community newspaper we have today.

“To all the locals who stayed up all night assembling the paper by hand and then delivering it, I salute you.”

The Best Bullet Journal Ideas for Beginners in 2022