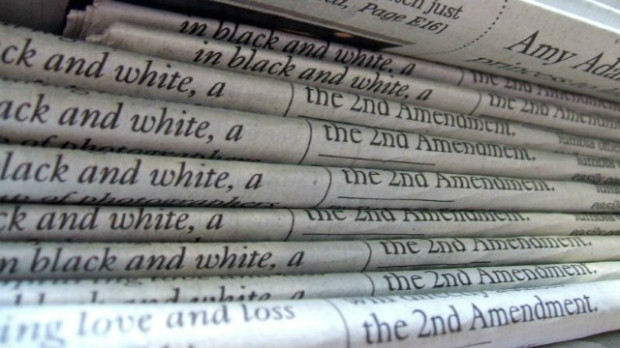 In the coming weeks, a group of bipartisan senators will push forward long-awaited reform that aims to restore fairness to America’s most vital — but threatened — industries: news, publishing and journalism. .

Co-sponsored by Sen. Amy Klobuchar, D-Minnesota, and Sen. John Kennedy, R-Louisiana, legislation known as the Journalism Competition and Preservation Act creates a “safe harbor” for news publishers to negotiate fair terms for the use of their content by Big Tech companies on online platforms like Facebook News, Google News and social media in general.

While local newspapers have struggled to remain economically viable for years, Big Tech monopolies like Alphabet and Meta — through sites like Google News and Facebook News — have dominated the news and publishing industries by expropriating the work of smaller and local operators.

The worst part? Under current US antitrust laws, Big Tech’s market manipulation is completely legal. The bill would change that and help usher in a new era of fairness for journalists and news publishers.

Recent changes to the bill have increased the chances of its passage, including the introduction of a measure to address union concerns, as well as a measure to ensure that dark money organizations like the network state-controlled television inadvertently do not benefit. Klobuchar would work to schedule a markup of the JCPA bill with Senate Judiciary Chairman Dick Durbin, D-Illinois.

As lawmakers weigh the practical and political merit of the bill, members of both parties would be well advised to heed the findings of my cabinet’s recent public opinion poll on the subject, which found broad support for the JCPA as well as general reforms to curb Big Tech and save local journalism.

After conducting several polls on the subject over the past two months — including nationally in early April — on behalf of the News Media Alliance, it’s clear that mastering Big Tech is a persistent hot-button issue for Americans.

Importantly, Congress passing the bill was supported by a strong majority of Americans nationwide (70%). Similarly, about two-thirds of respondents said it was important to pass it, and about 7 in 10 agreed that: “Elected officials who oppose the JCPA allow Big Tech companies to continue to manipulate the information and publishing industries for their own profit, leaving small local publishers powerless.

Notably, interviewees also indicated that a political candidate’s support for the JCPA could affect their vote in an election. By a margin of about 4 to 1, Americans polled in April would be more likely, rather than less likely, to support congressional candidates who support the bill.

Our poll found widespread public concern that big tech companies have too much power in the news and publishing industries (79%) and are manipulating these industries for their own gain (78%).

The public is also deeply worried about the survival of local journalism, as Americans (83%) generally think it’s important. Still, about three-quarters of respondents agree that Big Tech’s monopoly over the news and publishing industries poses a direct threat to these small, local operators.

So, in addition to specifically supporting the JCPA, the public also broadly supports Congress taking action more broadly to curb the undue influence of Big Tech on news and publishing to make these industries fairer for smaller, local publications. .

Eight-one percent of respondents agree with a statement to this effect: “Congress needs to rein in Big Tech by passing reforms that would make the publishing industry fairer for small media entities and operators. local.”

In my experience as a professional pollster who has worked in the industry for more than 40 years, it is rare for an issue or reform to gain this consistent and broad level of support from Americans across the country.

The collective American public wants to rein in Big Tech, and elected officials from both parties have the opportunity to implement targeted reforms — advancing the JCPA — that our data shows would also have a demonstrably positive electoral impact for those members.

These findings are a call to action for our leaders who now have a clear mandate from their constituents to rein in Big Tech and save local journalism by passing the JCPA Act.

Author Geraldine Brooks talks about what animals know, her love of journalism and her visit to the Berkshires | Books