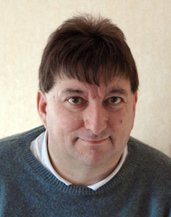 A regional press photographer celebrates his 40th birthday with the newspaper he joined as an intern in 1981.

Gary Longbottom says he’s still excited to document life through his patch after completing four decades with the Yorkshire Post.

Starting as an intern in 1981 after a stint working for a photographic agency, Gary has covered many great news and sporting events over the years, including the Kegworth Air Disaster and Leeds United’s European Adventures.

â€œI’ve been with Leeds United to Rome, Prague and the Netherlands among others,â€ Gary said, in the photo.

â€œI covered the good news and the bad news. I have photographed the Pope in York and the Royal Family on several occasions, including Diana.

“I covered the Kegworth air disaster and a lot of other big news.”

Gary, born in Leeds, married to Joan and father of two daughters and 16-month-old granddaughter, Emelia, started taking photos as a teenager.

He added: â€œI have always had a camera and took a lot of pictures of trains. Technology has changed dramatically over the years.

â€œThe first camera I had as a professional didn’t even have a driving wind and no autofocus. Now all of our cameras are digital.

â€œI always like to go out and take pictures. Traveling takes a long time for us because Yorkshire is a big county, but the roads are a lot busier than when I started.