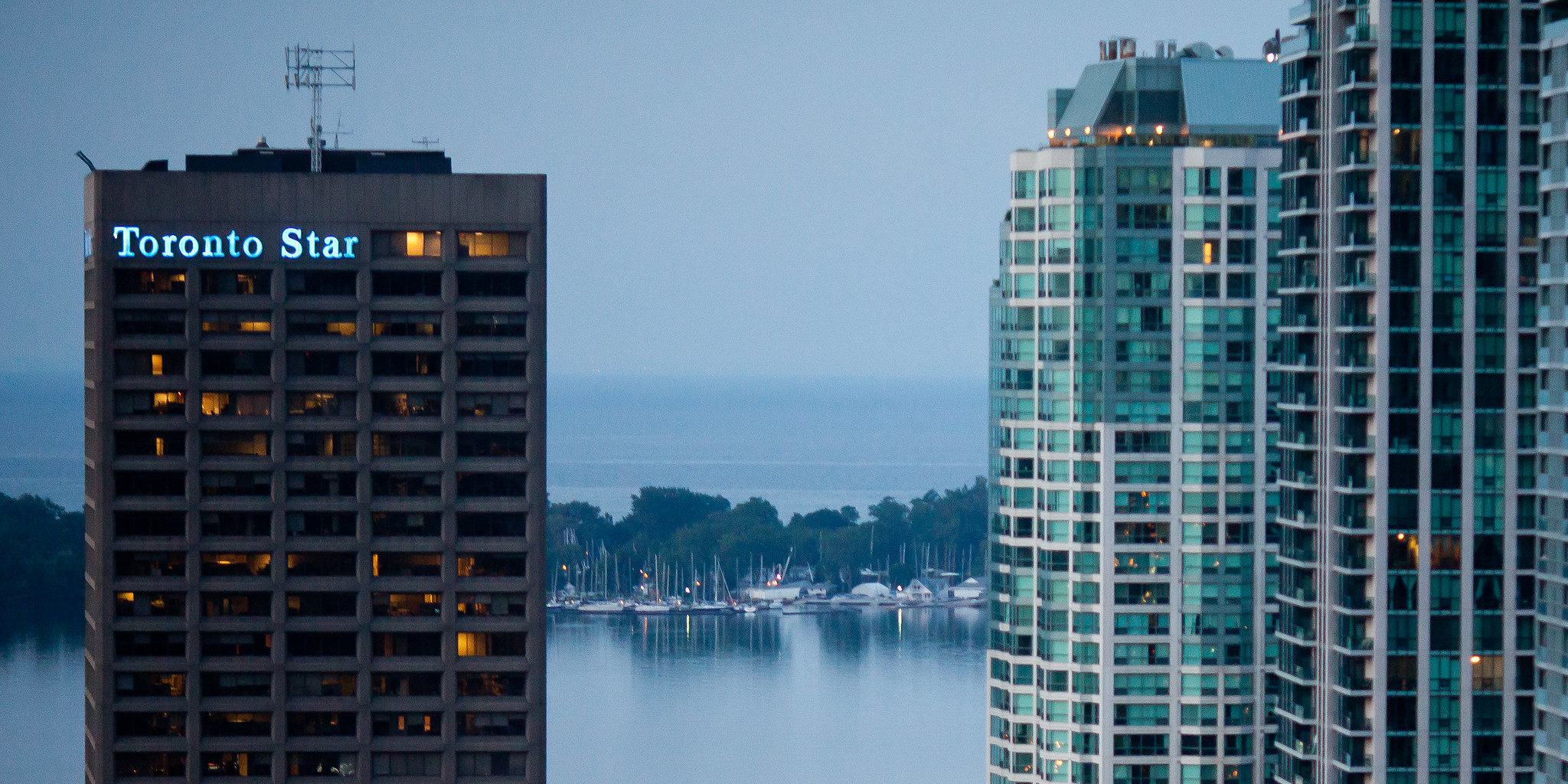 There are clichÃ©s about journalism that many journalists use to justify their work. Journalism is supposed to tell the truth to power. This is the first draft in history. He comforts the afflicted and afflicts the comfortable. News is something someone wants to suppress – everything else is publicity.

Here’s the scoop: Almost everyone who reads journalism doesn’t believe it anymore.

It all comes down to who do you trust.

If trust is lost, the public turns away or turns elsewhere, and it is happening to an alarming degree all over the world, including in this country. The latest Ipsos poll on public confidence in the professions shows that only 26 percent of Canadians trust journalists.

Today, a major public opinion survey in the United States measured how little support journalism’s core values â€‹â€‹have among the people who still care. It’s not a pretty picture. Maybe that’s why you haven’t seen a story about it in your daily life.

The study was carried out as part of the Media Insight Project, a collaboration of the American Press Institute and the Associated Press-NORC Center for Public Affairs Research. He found that only 11% of Americans fully support the five values â€‹â€‹of journalism tested.

Only one of these values â€‹â€‹had the support of a majority of Americans: factualism, the idea that more facts bring us closer to the truth. Sixty-seven percent of adults were in favor of it.

One would think the findings would prompt a widespread reassessment of journalism methods in newsrooms and journalism schools, especially the basics of what types of important stories to cover and how they are presented. But that did not happen in the six months after the study was published. The Media Insight Project report concludes, rather alarmingly: â€œWhen journalists say they’re only doing their job, the problem is a lot of people have doubts about what the job should be. (sic) â€

This loss of confidence has been identified by many media critics over the years, and some of the reasons for it were highlighted in a critical book I wrote about Canadian newspapers in 1998, as they were beginning to see a sharp decline in readership and advertising. Yesterday’s news (Fernwood) blamed the reporters squarely who I thought were out of touch with the needs of society and in some cases contributing to society’s problems by focusing so much on what is wrong. In fact, the US Trust Study found that only 29% of Americans support this type of journalism today. The study’s authors suggested that journalists should experiment with different story frameworks by focusing on solutions rather than problems and broadening their moral appeal.

I do not know of any Canadian news organization that does this or, for that matter, that is even aware of this American research. It’s as if the journalists and journalism leaders here have a death wish.

Fortunately, there is more going on in the United States and Europe.

No one is arguing that the core values â€‹â€‹of journalism should be abandoned. It’s just that news agencies need to be more transparent with readers and viewers, and explain and show what these standards really mean.

Readers don’t believe journalists when they say they are detached and objective and act in the public interest. Come to think of it, few people can claim to be, especially those who work for institutions like newspapers and television stations which are either heavily regulated by the government or receive substantial subsidies – in the case of newspapers, grants that journalism executives have actively lobbied the federal government because their paying customers have evaporated.

Instead of pretending that you are neutral, â€œgive out what you think. Not everything you think about, but the part that readers, viewers, and listeners should know when deciding whether to trust your narrative of things.

Rosen is the author of What Are journalists for and professor of journalism at New York State University. He says:

â€œInstead of ‘We have no other goal than to bring you the news as accurately and accurately as possible’â€¦ you disclose your intention: to stimulate reform using the moral force of investigative journalism.

â€œYes, it’s about having a program, but it’s a program that is true to the principles of good journalism. “

In some cases, â€œshowing your storyâ€ can mean that reporters drop the third-person voice in their stories and tell them personally. Here’s how I covered this story and why, and here’s how I came to the conclusions I made. This can mean linking the reader to documents you have discovered and relied on, and text-based interviews with key sources. It can mean suggesting solutions and continuing a story until results are achieved.

Example: In the mid-90s, I approached the Toronto Star with the idea of â€‹â€‹engaging my journalism students with journalists for a major investigative project. I was interested in unleashing the potential of the Internet to tell stories more fully. What would journalism look like if it were first adapted to the Internet and only later adapted to print media, instead of the other way around, as was the way things were done back then? The project was good: a deep dive into the covert way doctors are sanctioned for wrongdoing in Ontario. The chief reporter was the astonishing Rob Cribb, then the Starsenior investigative journalist at the University of Toronto, who then founded the Office of Innovative Investigative Journalism at the University of Toronto’s Dalla Lana School of Public Health. I got money from my dean at Ryerson to pay a handpicked team of students to do the search dog work, scour the College of Physicians and Surgeons of Ontario records, search the records of the doctors who had been charged and to follow what happened to them. .

But Cribb editors at Star fainted. The story was designed exclusively for printing on a Saturday and Sunday, summing up months of research in one piece, documenting egregious cases of doctors literally getting away with murder or serious misdemeanors and getting away with it. with the equivalent of a slap on the wrist. Either that or they simply moved to another province undetected. I estimated that the project uncovered over a dozen cases of public interest and begged an editor to keep telling them until action was taken. But I got fired as an offline critic and administrator of a journalism school. The Star moved on to other stories.

Imagine the impact the story would have had if all the data gathered by Cribb and my students had been available online – a list of doctors so people could check if their doctor had been disciplined and why; an explanation of the extensive research that has been carried out on the history and the obstacles encountered which have prevented the public from accessing important information; a list of “must haves” to repair the system; transcribe interviews with key sources so that readers can form their own opinions.

The good news is that journalists in Europe have actively started to explore what lack of trust has cost journalism and what it could do differently. One example is the innovative Constructive Institute, launched in 2017 in Aarhus, Denmark, by Ulrik Haagerup, a former senior executive at Danish newspapers and TV stations. Its goal is to transform journalism. He thinks journalism has taken a bad turn towards negativity and sensationalism. He believes journalism is part of the problem of lack of confidence in democratic institutions. He thinks journalism should learn to focus on solutions. He thinks there is more to journalism than about who, what, when, where, why and how of things – he should ask â€œwhat’s next? “

The institute is well funded, it has reached out to a large network of journalism leaders, it has conducted experiences of constructive journalism in newsrooms, and it has hosted interns to experiment with new and more promising forms of journalism. So far at least, no Canadian media or journalist has contacted.

Haagerup believes journalism has produced a world in which people believe crime is increasing when in reality it is decreasing, where fear of terrorism is increasing but the real risk is low, where people have lost faith in institutions and are electing therefore leaders with simple answers and those who stir up fear.

Does this sound familiar to you?

Good luck to him, I said. And maybe one day soon one of the leaders in Canadian journalism will pay attention.

“I set fire to a synagogue”