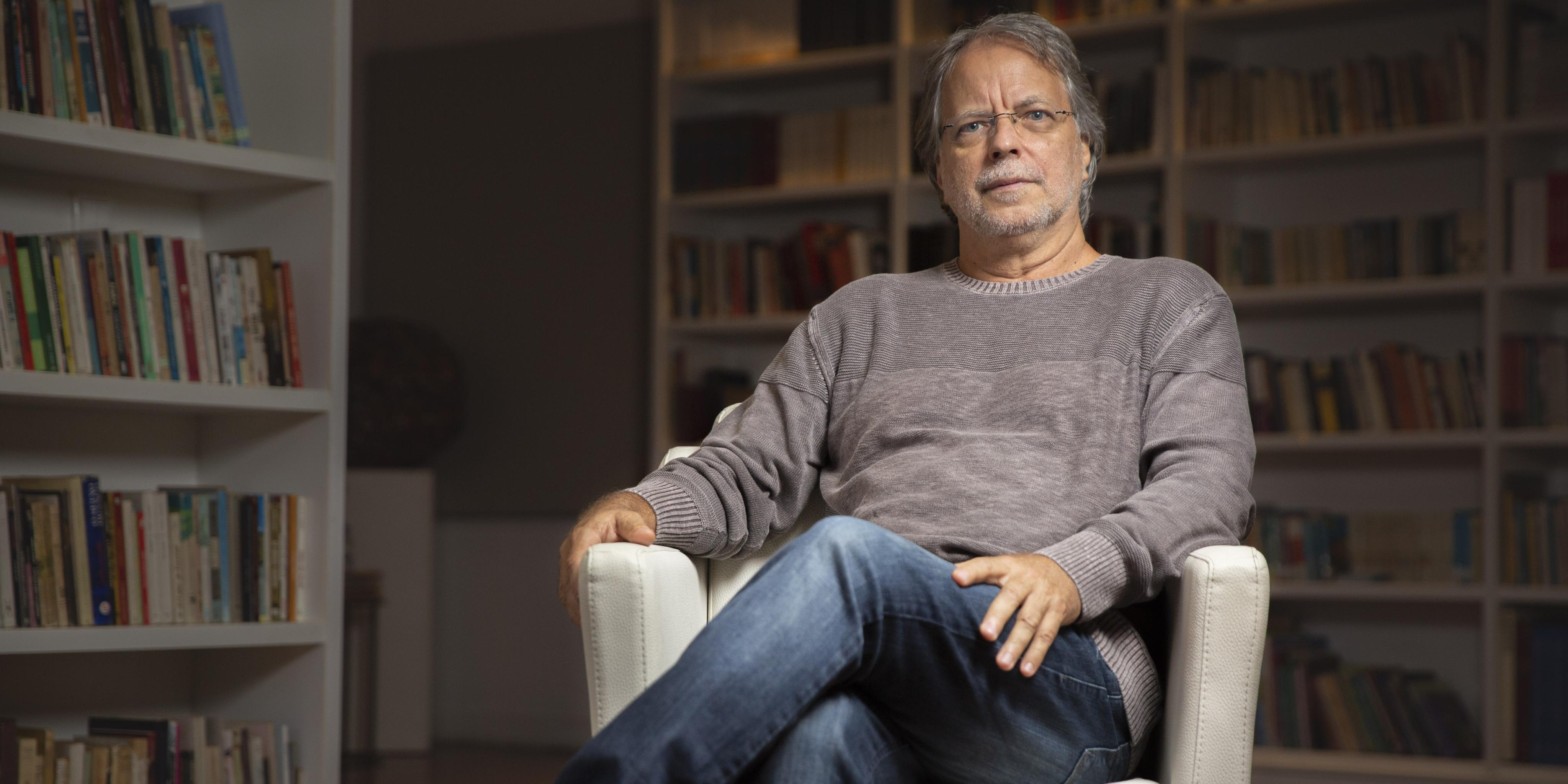 On July 5, 1955, in the coastal town of Beira, Mozambique, Mia Couto was born. It is the pseudonym of António Emílio Leite Couto, one of the most renowned African writers on the continent and abroad. In 2013 he was reward the Camões prize, the most important literary distinction in Portuguese-speaking countries, and he is the only African writer to be elected member of the Brazilian Literature Academy. Recently, he received an honorary doctorate from the Júlio de State University of Mesquita in São Paulo.

A journalist and writer, Couto has published over 15 books, mostly novels in which he explores African cultural identity. I contacted Couto to find out more about his views on journalism and literature.

Here are some takeaways from our conversation:

You started working as a journalist in 1974, when Mozambique was about to become an independent country. What was it like to be a journalist back then?

Everything was different. The country, the media, the journalists, the national and international context. I became a journalist because I wanted to, but also out of a duty of activism. I was taught to work for a newspaper. It was not something new for me. My father was a journalist himself and my older brother was already working for [the newspaper] Notícias when I started working for [the newspaper] Tribune in 1974.

Tribuna was an afternoon paper that politically opposed colonial rule. He was crossed out by the great poet Rui Knopfli. José Craveirinha and Luís Bernardo Honwana worked there. When I joined the team, other young Mozambicans joined them, like Luís Patraquim, Julius Kazembe, Ricardo Santos, Benjamim Faduco. We felt on a mission and the political commitment was unanimous.

The press room was definitely where we wanted to be all day, no matter how hard we worked or the salary. There was a national goal to fight for. There was a socialist revolution that fascinated us. It was another era. I could not repeat this kind of feat again.

What made you leave journalism to become a writer?

I no longer believed in the truth behind the cause that got me out of college. But I have no regrets. On the contrary, I owe a great deal to these revolutionary times. I didn’t make any personal profit, but I grew as a person and I know I am who I am now because of how I connected with others.

Journalism was like a school for me. I learned to read this great country and its great diversity and complexity. Journalism was like a school for my literary work – I knew I was writing for someone else, and reader awareness was almost instantaneous. On a deeper level, I was interviewing people and reporting so that I could reveal people’s existence and their stories. I didn’t know it at the time, but I was already in literature.

It’s been more than 30 years now since you stopped being a journalist. Do you feel that journalism has changed since then?

There have been profound changes in journalism globally. When it comes to journalism in Mozambique, it was nice to see the rise of independent media. Some would question the term “independent” because there is supposedly someone behind it. Even if this is true, it is good to have different forces able to express different points of view.

I think what I consider to be the heart of journalism has really shrunk: news and investigative journalism. Most radio, television and newspaper newscasts are devoted to talk shows and opinion makers. Readers and viewers should have the right, above all, to have access to information provided by the work of good professionals. They don’t need other people ruminating opinions on their behalf on facts that most of the time are not properly reported as they should be.

In recent years, journalism around the world has been challenged by influencers who see themselves as news publishers and by disinformation. What do you think about this?

I think the debate, and the ideas in general, have become impoverished. Thoughts have become a cheap commodity. They are no longer critical or productive. The general feeling of intolerance and political polarization has replaced public debate with insults, and the search for truth with slander and fear.

There is no easy way out of this because fake news makes big money ideologically, financially and politically. Populist politicians and far-right dictators take advantage of this permanent environment of war and crisis. No one cares about the true causes of a social phenomenon. They just want to know whose fault it is.

Press freedom in Mozambique is just as new as democracy in the country. Is this freedom effective?

It is formally effective. However, it is in this state of freedom that journalists like Carlos Cardoso were killed. Others have been threatened and abused. These threats do not always come from political forces, but from those in power who know they will not be punished. There will be no freedom of information as long as there is freedom and impunity for those who attack journalists. Often threats are not made against people. But the industry dictates rules that are far from democratic.

For example, in most newspapers, magazines, and television and radio shows, coverage of arts and culture has been reduced, as has coverage of civil rights.

I believe that kind of journalism has not survived in most countries. I think fear has won. After years of threats outweighing any attempt at investigative reporting, it is hard for journalism to win. It has been a long time since I read a good investigative article published in Mozambique. We still have big outlets like the BBC and AlJazeera. However, even in these cases you can see that there is not much room for journalists.

What advice would you give to young journalists?

Respect the truth and stand up for the truth no matter what. Don’t let yourself be bought. Journalism must regain its role in building a better world.

This article was originally published on our Portuguese site. It was translated by Priscilla Brito.

There is a need for local journalism | Opinion