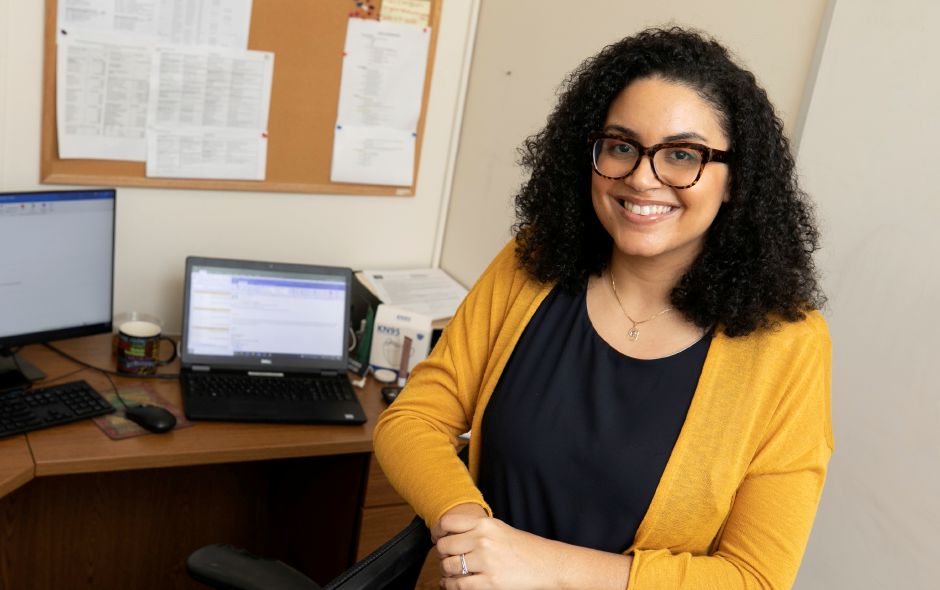 MERIDEN — The city’s new director of strategic communications has a decade of experience in journalism and managing communications, marketing and political work for nonprofit agencies statewide.

Chisholm most recently served as Director of Public Affairs for Hartford-based Intersect Public Solutions. She previously served as the Executive Director of External Affairs for Educators for Excellence, a New Haven-based nonprofit organization. Chisholm has played a similar role for another education-focused group called the Connecticut Coalition for Achievement Now, as well as the American Lung Association of the Northeast.

Chisholm, who holds a bachelor’s degree in journalism from Quinnipiac University, has also worked as a reporter for the New Haven Register, covering communities in the greater New Haven area.

Chisholm explained that her new role allows her to take over a duty she had when she was a journalist.

“As a journalist, what I have really enjoyed about this job is making residents understand why things are important, why what I write should be important to them and why they should pay attention to what is happening,” Chisholm said.

She stressed the importance of delivering timely messages to residents who are often busy and focused on their daily lives.

Chisholm said it was an aspect of reporting she loved and wanted to get back to – this time working for the government, getting the word out to residents, including working with reporters.

The post was posted last October, after former strategic communications specialist Belen Michelis resigned to take up a similar role with the Waterbury Board of Education.

According to a job description, the Strategic Communications Specialist is responsible for assisting the City Manager in improving strategic communications and developing and maintaining the “face/brand of the City with internal and external customers, partners and stakeholders.” Chisolm will receive an annual salary of $78,000. The job description listed a salary range of $75,000 to $85,000.

Duties include content development for the city’s website, social media and other digital media. The position is also responsible for “using various analytical tools to shape, transmit, and receive communications to assist city decision makers.”

As such, Chisholm explained, she has already begun meeting with department heads across the city, including Meriden Police Chief Roberto Rosado. On Thursday afternoon, she was due to meet the director of health and social services, Lea Crown.

One of Chisholm’s initial assignments is to oversee the rollout of a new digital investigative tool to gauge public trust and sentiment towards police and public safety issues.

The city is launching the investigation through Zencity, a global technology company the city has partnered with in previous public health efforts. A recent announcement, authored by Chisholm, said Meriden joins a list of cities and law enforcement agencies that use Zencity’s software to gather information to inform public safety decisions.

Chisholm, 31, said part of his job is to make sure the city gets the “right message” out there, about the things that matter, including health messaging around COVID-19.

Meriden Mayor Kevin Scarpati is among the officials who have already met with Chisholm.

“Helping to streamline and coordinate a common message is important. I think that’s something we’ll continue to work on. I have no doubt she can and has helped our communications effort,” Scarpati said. “And having someone who can help market Meriden is going to be key.”

City manager Timothy Coon, Chisholm’s direct supervisor, was among those who interviewed candidates for the job. Coon said about 30 people applied.

“The City of Meriden is a complex organization that needs a dedicated communications person,” Coon said. This person “must be competent to convey messages throughout the communication system”.

Coon said he was “very pleased” with Chisholm’s enthusiasm, creativity and organizational skills.

Another thing that sets Chisholm apart from other candidates is the breadth of experience she brings to the job.

“We found that the different categories of work experience in newspapers, nonprofits and experience with digital media capabilities would be a good fit for the city of Meriden,” Coon said.