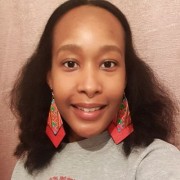 Regional journalists have helped expose the struggles of people with disabilities to have their homes adapted following a national inquiry.

Headlines across the country have published stories following an investigation into the matter by The Bureau Local, part of the Bureau of Investigative Journalism.

The project was carried out by Vicky Gayle and Rachel Hamada, reporters for the local Health Inequalities Office, and implied the couple were sending freedom of information requests to all local authorities in the UK for grant data disabled facilities and waiting times.

They found that the amounts made available to people with disabilities for home improvements varied “tremendously” across the country, while wait times for work to be completed could stretch beyond 18 months.

Once the analysis was complete and they were able to identify areas that could provide interesting stories, regional reporters were contacted by Vicky and Rachel through the Bureau Local Slack network, which alerts local reporters and organizers to the Bureau’s findings. investigative journalism that may be of interest to them. them.

Vicky, pictured, told HTFP: ‘Prior to this, we informed our Local Office Slack community that we were investigating home adaptations and disability facility grants, and asked reporters if they would be interested by local discoveries.

“The story was written a few weeks before it was published, so at that time our community organizer, Emiliano Mellino, was liaising with reporters, reaching out to more media outlets, and sharing the open resources we have to help with their coverage. .

“All of our public datasets are produced and managed by our data manager, Charles Boutaud. We are still receiving requests to share our data and this could happen for several more weeks. »

Regional titles that have published localized stories based on the survey include Essex Live, the Rhyl Journal and the Southern Daily Echo, as well as The Ferret in Scotland, The National Wales and View Digital in Northern Ireland.

Vicky and Rachel also worked with Channel 4 on the project nationally.

Vicky, a former data investigative reporter at Newsquest, said the response to the survey had been “touching and powerful”.

She added: “We knew from the interviews we conducted that people with disabilities and their families welcomed this subject of further investigation, as did the groups who supported these people in their offers of assistance. home adaptation.

“History has already had a tangible impact on one person, and now we will focus on ensuring it continues to have an impact where change can happen.

“Our figures have been reported in every country in the UK – which is a first for the Health Inequalities team – and we are proud of all the regional coverage and the opportunity for people with disabilities to talk about what they are going through. A lot of them feel invisible and that’s not good.