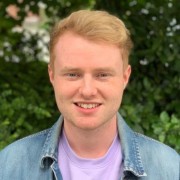 A regional journalist specializing in covering the LGBT + community of his patch called on the press to become a “truly inclusive workforce.”

Liverpool Echo reporter Oliver Adams, who describes himself as openly gay, pleaded amid what he called “justified skepticism and cynicism” of media by the LGBT + community.

Oliver, pictured, joined the Echo in August as part of the Facebook-funded Community News Project, which employed new reporters in regional newsrooms to help cover under-represented communities across the country.

His call for more inclusion in the industry came in an article for the National Council for the Training of Journalists, which administers the project, to mark Journalism Matters Week.

Oliver wrote: â€œAs an openly queer man, my relationship with the media is constantly evolving.

â€œThroughout history my community has been grossly distorted by the press. Newspaper coverage of the HIV and AIDS pandemic has vilified the LGBT + community and created further divisions between the media and gay people.

â€œDecades later, the repercussions of this portrayal cast a dark shadow over my community, and history repeats itself as the press attempts to vilify the transgender and gender non-conforming community.

â€œNaturally, I started my career in journalism with some skepticism.

He went on to talk about some landmark stories he has covered since joining the Echo, including that of a gay asylum seeker who has been denied British citizenship five times.

Oliver added: â€œReflecting on the horrific historical coverage of my community, one thing rings true: Words have power. And by proxy, the press has the power to influence public opinion.

â€œAs a journalist, I consider it my duty to play my part in the dynamics of positive social change.

â€œThe media landscape is far from perfect. The industry continues to get it wrong, leading to justified skepticism and cynicism.

“But with the right support and positive influences, both internal and external, I hope the press strives to become a truly inclusive workforce.”

Campaign, Inform and Give – Why Journalism Matters at BirminghamLive