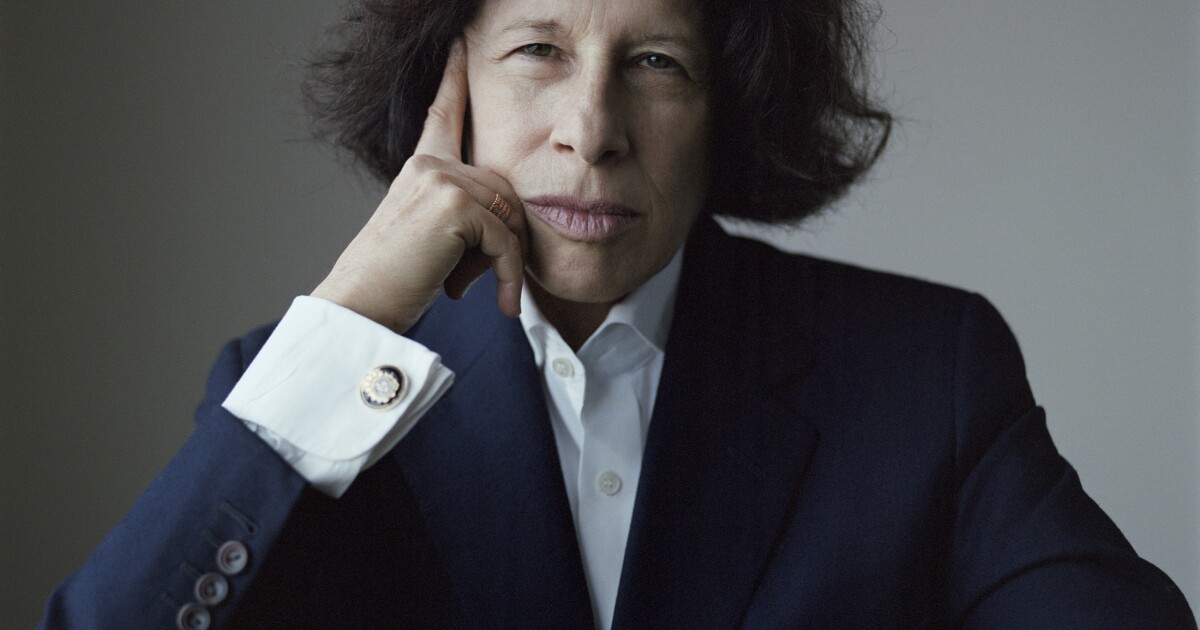 Iconic comedian, writer, and actor Fran Lebowitz will bring his wit, style, and social commentary to the Orpheum Theater in Galesburg at 7:30 p.m. on Wednesday, November 9.

Tickets are available at www.galesburgorpheum.org.

This interview has been edited for clarity and time constraints.

Jane Carlson: I wanted to start by asking you about touring. You’ve been on the road everywhere from Erie, PA to Lubbock, TX. Now you come to Galesburg, Illinois. What’s it like to be on the road and not at home in New York?

Francois Lebowitz: Horrible. I mean, it has nothing to do with where I go. Which, I’ve been to fantastic places. It has to do with the fact that traveling is so horrible now, and I’m not the only person to think that. Actually, that’s not an opinion, it’s a fact. I always tell my agent, they pay me to go. Because I really like doing the real thing, I really like it. But the trip is really terrible.

JC: What do you think are the worst aspects of traveling right now?

FL: I would say the worst are the airlines. And it’s not new, but it’s certainly worse. You know, setting foot in an airport, anywhere in the world, is knowingly giving oneself into the hands of incompetence. It’s just awful. Worse now than maybe before COVID because there are less flights for sure.

JC: Can we talk about your book collection? I read about it. How many volumes are there in it?

FL: It just started with books, just buying books. As soon as I could afford to buy books, I bought books. I’m pretty sure right now I’m around 12,000 pounds. And I’m just saying, I could be wrong, because every time I move, I hire separate delivery people from those who move the furniture. And for some reason, they’re still counting the books. So the last time I moved, the guy said, you have 10,000 pounds. He told me in my old apartment. When we got to this apartment, which is about 10 blocks away, and they unpacked them, I had 12,000. So they procreated in the trucks coming here.

JC: Are you more of a fiction or non-fiction reader, or is that important to you?

JC: Can we talk a bit about writer’s block? I understand this is something you have been going through for some time. Why is it so difficult to write?

FL: You know, it’s actually hard. I know that’s not the general idea since we now live in a time where 100% of people – well, not 100%, because I don’t – but almost 100% of people spend all day to write. They think they write, they text, they email. So I guess, you know, diaries and journals and blogs, and everybody tells you what they think about everything. And also everything that happened to them. But if you actually write, it’s very difficult. This is a difficult work. And I’m very lazy, really lazy. I mean, I’m not the laziest person who has ever lived, but I’m pretty much up to it.

JC: Thus, in this area, many newspapers have been decimated. Those who remain, most have one or two journalists employed. From your perspective and the media you consume, how has journalism changed?

JC: And would you say you noticed any changes with these papers?

FL: The Time mostly because that’s what I read. Well the Time, at least 25 years ago, started doing something newspapers never did. The newspapers were telling, you know, just the facts. Then they started encouraging what I would call writing. And so now you have to go through four paragraphs of a description of the landscape of Ukraine before you get to what happened. I don’t read newspapers for that.

Lebowitz will be interviewed by retired local radio personality Terry Kavanaugh at the event.

Then she will answer questions from the public and sign copies of Fran Lebowitz’s Reader in the theater hall. Copies of the book are available from Wordsmith Bookshoppe in Galesburg.

Tri States Public Radio produced this story. TSPR relies on the financial support of our readers and listeners to provide coverage of the issues that matter to West Central Illinois, Southeast Iowa and Northeast Missouri. As someone who enjoys content created by TSPR’s news department please consider making a financial contribution.