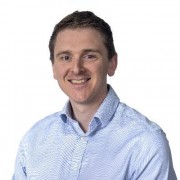 A regional publisher has launched a new attempt to attract more subscribers to its websites with a new “ad-free” offer.

JPIMedia unveiled the measure amid a series of changes to be introduced to its portfolio of online regional news titles.

Subscribers to the “Digital+” option on JPI’s websites will now have access to ad-free news articles, as well as the current benefit of also having access to an electronic edition of the journal.

The move has been implemented at the Edinburgh Evening News and the Yorkshire Post, but JPI is also expected to introduce the feature across its network at a later date.

The change has been revealed in a series of posts on Twitter by Sam Shedden, JPI Group Subscriptions and Enrollment Editor, this afternoon.

Sam, pictured, wrote: ‘We already offer subscribers 70% less ads than non-paying customers, but now those who subscribe to Digital+ will get an ad-free experience when they log on to website and read an article.

“In an effort to declutter our websites, we have significantly reduced the amount of marketing messages during the user journey.”

Sam went on to reveal that new discounts will also be available to all digital subscribers with a range of JPI business partners, adding that “reduced messaging in the article” is also expected to be introduced.