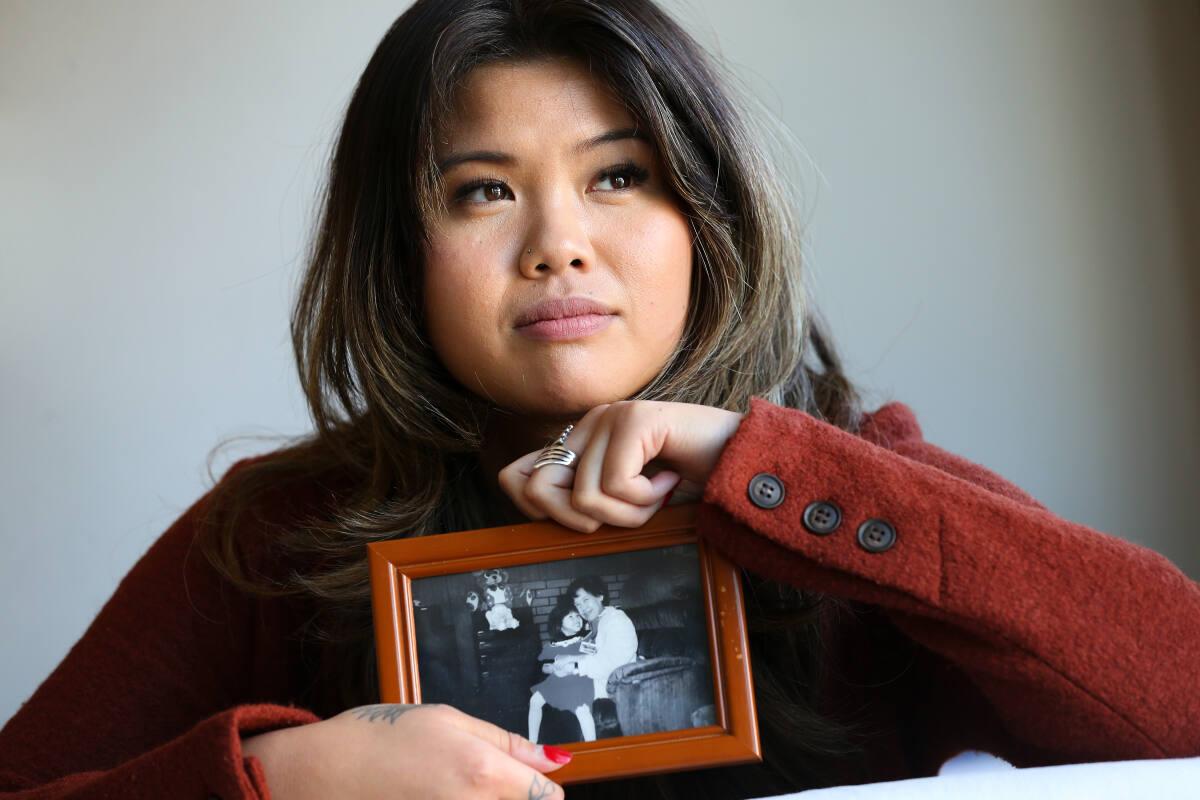 Journalism is in my blood

â€œBehind the Bylineâ€ introduces you to those who write stories, take photos, design pages and edit the content we deliver in our print editions and on pressdemocrat.com. We are more than journalists. As you will see, we are also your neighbors with unique backgrounds and experiences that proudly live in Sonoma County.

Today we introduce you to Mya Constantino, one of our stars and news reporter.

I grew up with the click of my grandmother’s black Olympia typewriter.

As a child, I fell asleep when I heard him type, and then I woke up the next morning. As the sun rose, she was sitting at the same wooden desk, under a single lamp, typing.

I am a reporting and breaking news reporter for The Press Democrat.

I cover arts, entertainment and culture and spotlight compelling people who have important stories to share with our community.

This image of my grandmother is forever anchored in me.

Her name was AmÃ©lie. She was an entertainment reporter in the 1970s for “Bulaklak” (flowers, in Tagalog), a Manila-based newspaper.

At 55, my grandmother left the newspaper and the Philippines and immigrated to the United States to join me and my family of five in Portland.

Then in 2003, we exchanged pins for illuminated signs. My family and I headed south and landed in a town in the Mojave Desert – Las Vegas.

There, my grandmother started â€œLas Vegas Starâ€. It was an entertainment magazine that featured entertainment reviews and stories about the latest movies and TV shows by Filipino artists.

Back home, she called writers in the Philippines for the latest news and artists for interviews.

Then she would type on her typewriter. When her stories were finished, she sent them out for printing, then dropped off the magazines for display in the city’s Filipino markets and restaurants.

She would also share random stories about life in the Philippines.

She recalled riding in a crowded jeepney (public bus) with other reporters to meet chatty actors for lunch, which included fresh crab and shrimp wrapped in banana leaves.

Once, for a story, she took a long boat ride for a film shoot taking place at Pagsanjan Falls in southeast Manila. Once there, she told an old story from Filipino folklore about the origin of the 300 foot waterfalls.

Before waterfalls existed, two brothers, Balubad and Magdapio, were living quietly on the land when disaster suddenly struck, leaving the area in horrific drought. The brothers prayed to the gods for water. Balubad died of thirst. Magdapio then, enraged, banged his cane on a rock and made a spring gush out.

My grandmother told the story better than I ever could.

She knew how to talk to anyone. I was amazed at her ability to go beyond what was in front of her and discover the most interesting details in a person’s life.

Dating her was my favorite thing in the world.

For most of my childhood, however, I didn’t understand what my grandmother was doing.

It wasn’t until her death in 2013 that I realized how important storytelling was to her.

And that would become a big part of my life.

For her funeral, I decided to create a photo slideshow that would honor her life story – a 16-year-old girl, one of seven children, who grew up near a horse ranch in Manila and started folding newspapers for a local publication.

She was a hardworking mother of three children. And, as mentioned earlier, at the age of 55, she immigrated to the United States to find her daughter, my mother.

One day my mom pulled out a stack of dusty blue albums filled with photos of my grandmother. In many photos, she stood proudly next to the actors she wrote about. Cutouts of his stories were pasted on random pages.

As I was browsing through these albums, something clicked inside me.

I too wanted to help tell people’s stories.

Five years later, I enrolled in my first journalism class at a community college in Las Vegas.

The truth is, I didn’t know what journalism meant to me and realized that I had to find my own meaning in the profession.

After a year in community college, I went on to the University of Nevada in Las Vegas majoring in Journalism and Media Studies while juggling random jobs.

At the time, I was working as a barista in a quaint French cafe, often coming home with coffee and quiche stains.

In this little shop, I saw all the interesting people walking through the door.

There was Armando, a curious full-time magician who lived and breathed science. And Tath, a writer who once worked for a circus.

I was captivated by their stories. They were healing.

I started to document everything in a notebook. Then I created a blog and wrote about all the fascinating people I met in this cafe.

These stories, in the same way my grandmother shared them, were heartwarming.

They reminded me of my own humanity.

I eventually landed a music journalism internship in pursuit of busy musicians at concerts and music festivals.

Then I joined my school’s journal in 2018 covering student government, campus culture, and community.

In 2020, I landed a reporting internship at the Las Vegas Review-Journal, graduating that same year.

I have been with The Press Democrat since May.

If there’s one thing I’ve learned about journalism so far, it’s this:

Sometimes if we pay attention we can see ourselves in the stories people share with us.

We can learn or find inspiration in them. Other times they challenge us to question the roles we play in life and in our communities.

I’m a new reporter and still have a lot to learn, but I’m dedicated to telling stories that heal, challenge, and spark curiosity in Sonoma County in the best possible way.

There isn’t a day when I don’t miss my grandmother. I never had the chance to thank her for planting this â€œjournalism seedâ€ all these years ago.

Hope this column is enough to thank you.

Efforts to track diversity in journalism lag behind – The Journal