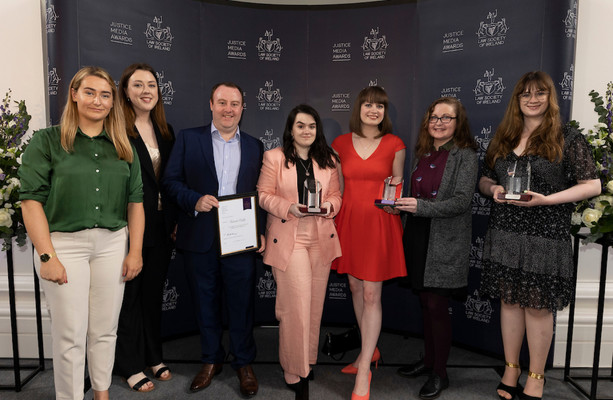 The judges said it highlighted abuse of the law and the social impact this has on Travelers in the justice system, adding: “By giving a voice to a minority group within society, it is a classic example of importance of this category. A first choice.

Their article – Two years later: Ireland ‘not acting in the spirit’ of agreement to help women flee domestic violence – was published in The newspaper in March 2021 while all four were still in college.

The judges said the four-month investigative piece “focuses on the lack of refuge for women fleeing domestic abuse in Ireland” and “is on par with any quality professional journalism established today”.

It clearly highlights the worrying way in which Ireland is in breach of the Istanbul Convention and does an important job of bringing this problem to the fore in the public domain.

And Lauren Boland, who was part of the team of The newspaper since 2020, received the “Newcomer of the Year” award. Boland, according to the judges, “has an obvious knack for explaining legal concepts well” and “writes like a veteran.”

There were a record 277 entries this year across 15 award categories. Journal Media had 15 nominations in total.

The winners were announced at the competition’s first in-person awards ceremony since 2019 at the Law Society on Blackhall Place in Dublin.