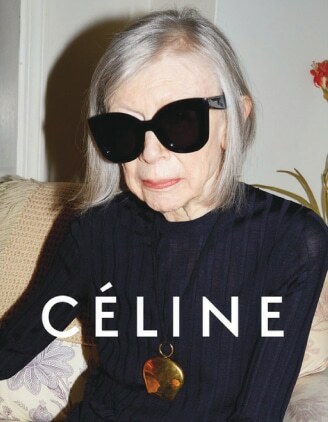 Frail, taciturn and shy woman who hated interviewing people, abhorred the use of the telephone and let her husband finish his sentences, Joan Didion, who died on December 23 at the age of 87, made herself illustrious, talkative, enduring and stylish on the printed page.

She only grew into her true self when she sat down in front of her typewriter. For the typewriter, she confided her authentic personality, which reached readers through the printed page. And the readers, in turn, loved the person they met on paper.

Didion’s craftsmanship has been credited with “expanding the landscape of the printed page”. A remarkable and singular woman among the male crowd of the new journalism school of thought, such as Norman Mailer and Tom Wolfe, she excelled in the art of narrative reporting, imbued with a deeply personal imprint in a way that eclipsed others. .

She influenced a generation of writers and journalists. Many have confessed to stealing it generously and imitating its syntax; others feel continually refreshed by the resonance of his polite phrases in their writing and mind. The depth and breadth of his influence can be gauged from the stream of tributes pouring in from a range of film critics, novelists, essayists, journalists and, also, the fashion world.

Her art of writing – which began when, as a student, she was copying passages from Ernest Hemingway – was perfected in the editorial offices of Vogue, The New Yorker, The New York Review of Books and Life. Her analysis of Hemingway’s novel A Farewell to Arms in The New Yorker shows how deeply she owed him. Joseph Conrad would be another of his first influences.

Joan Didion, who died on December 23, has always kept faith in the written word. His attention to the art of writing and the narrative voice influenced a generation of writers and journalists

Didion believed that in order to think correctly one had to acquire a complete mastery of language. She explained in the article on Hemingway that “The very grammar of a Hemingway sentence dictated, or was dictated by, a certain way of looking at the world, a way of looking but not of joining, a way of being. move without getting attached. What informed his craft was an unwavering, granitic determination to infuse his journalistic-style essays with precise voice, syntax, and “a certain way of looking at the world.”

Born in California as a fifth generation in 1934, she was shaped, in her own words, “by the landscape in which she grew up.” His first novel – Run, River of 1961 – and his first non-fiction book – Slouching Towards Bethlehem of 1968 – focused on California and his hometown, Sacramento. The latter’s publication established her reputation as the outstanding and most talented writer of her generation.

She also attributed her endurance to having something to do with where she came from. In her early twenties, she landed a job at Vogue after winning an essay competition shortly after graduating from the University of California, Berkeley, where she had studied English Literature. Her stint at Vogue introduced her to magazine journalism, which gave her time and space for her stylish essay-length ruminations on any storyline she chose or who gave her. has been assigned.

Didion forged a unique writing style influenced by the new journalism, the essence of which lay in the narrative voice and elegant prose strongly influencing event perception and analysis. This would become his strong point throughout his life and drew him a cult following among writers and journalists.

Whether asked to write about politics, culture or cinema, she gave them her distinctive mark. His x-ray clarity, precise voice, and polished, persistent syntax remain vivid, adored and imitated by new generations of writers and journalists. Didion’s nearly ten-year stay at Vogue also shaped her refined fashion sense, which marked her as a symbol of cool – until she was 80, she was adopted as the face of the French fashion house Céline.

In the 1960s, she wrote about the seismic cultural and political divides ravaging the United States. His cool detachment, but great penetration and insight, were shaped by his unwavering vigilance in the face of the dark currents and underground forces that created the turbulent decade.

Although she is a Goldwater Republican with a conservative vision of the Black Panther, civil rights and feminist movements, what she has written on these big issues with deep stakes for the future of all of society still resonates today. When Robert Silvers, editor of the New York Review of Books, hired her to write on American politics, she brought her immense knowledge and unmistakable literary style to her essays. In the 1980s, she coined the term “the permanent political class” to describe the unholy trinity of media, politicians, and strategists, who helped shape the self-image of the United States.

In 1964 Didion married fellow writer John Gregory Dunne. This union was to prove to be one of the most successful literary partnerships, with John and Joan finishing each other’s sentences at parties and editing each other’s articles and books while co-writing scripts and films as a lucrative sideline.

Despite the difficulties of a marriage written publicly by Didion with editing help from Dunne, they remained together in a fruitful partnership. America’s most glamorous bi-coastal couple at the time, the duo lived between California and New York City, socializing with the greats, the mighty and the famous from the literary, cultural and film worlds.

The couple adopted a daughter, naming her Quintana Roo, after a Mexican town. Despite personal tragedies, Dunne and Quintana having died two years apart in 2003 and 2005 respectively, Didion kept faith in the written word, producing two great memories of grief: The Year of Magical Thinking and Blue Nights.

The first was dedicated to the memory of Dunne, the second to that of Quintana. The Year of Magical Thinking was then turned into a hit Broadway play, with British actress Vanessa Redgrave in the lead role.

In 2012, in belated recognition of his services to literature and journalism, Didion received the National Medal of Arts and the National Humanities Medal from US President Barack Obama. In 2017, she was the subject of a famous Netflix documentary, Joan Didion: The Center Will Not Hold, directed and produced by her nephew Griffin Dunne.

Didion’s work is required reading in first-person writing courses taught at many universities in the United States and elsewhere. In her famous 1976 essay “Why I Write”, published in the New York Times, she is lucid about the purpose of writing: it was, for her, a way of imposing a narrative on disparate images and to make sense of things around her. She once told an interviewer that “Something in a situation would bother me, so I’ll write an article to find out what’s bothering me.” “

In one of his book reviews, Didion wrote that “human voices fade away, fade away, like the writing of the sky”. Yet hers is decidedly unlikely to fade or die out as long as literature, magazine journalism, and films continue to inspire, shape, and improve humanity.

The writer is the author of Patient Pakistan: Reforming and Fixing Healthcare for All in the 21st Century. he tweets @ arifazad5

The extended horizons of digital journalism