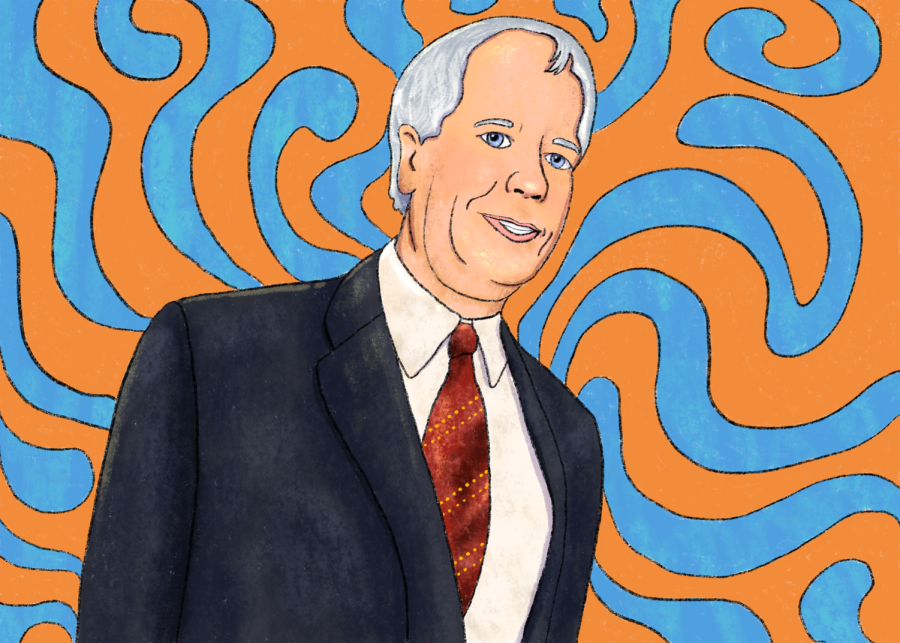 Hank DeZutter, who taught the “Local Politics and Government” seminar at Columbia and was a longtime Chicago-based journalist, died July 14, after a fall that resulted in a brain injury. DeZutter was 80 years old.

Thom Clark, who co-taught course with him, said DeZutter helped redefine what it meant to be a journalist.

“Hank helped redefine for me what good journalism meant, which didn’t tell both sides, but was fair and balanced. It’s a nuanced way of looking at reporting,” Clark said. “Hank just had a way of approaching people and being able to tell their story.”

DeZutter and Clark co-founded the organization public narrative in 1989, which was called Community Media Workshop at the time of its inception. The pillars of the workshop included the belief that “a free and informed press, as well as an educated public, are the cornerstones of democracy”.

When it was created, Public Narrative was housed at Malcolm X College but found a home in Columbia in 1993.

Clark said one of the biggest impacts DeZutter left on the journalism industry in Chicago was his mentorship of young journalists of color.

“I think the most important thing Hank did for the industry, besides being part of the team that started with Chicago Journalism Review, was how he encouraged and mentored particularly black journalists.” , said Clark. “But [he encouraged] young journalists from all walks of life to get involved.

Clark said the class he taught with DeZutter was a graduate class, which they taught as a team for about five years.

DeZutter attended Williams College before transferring to the University of Michigan, and he earned a master’s degree in journalism from Northwestern University’s Medill School of Journalism.

Besides his work teaching journalism, DeZutter was respected in his own right as an award-winning journalist.

DeZutter won a national journalism award in 1970 for exposing the FBI’s recruitment of students to spy on “radicals” on the University of Illinois campus. DeZutter also covered the fatal Kent State University shooting, winning Associated Press awards for his reporting.

DeZutter began his journalism career at the Lerner Newspaper Chain – which operated from 1926 to 2005 – before moving to the Chicago Daily News, where he worked from 1967 to 1970, reporting on education, rights civics and the anti-war movement.

DeZutter also co-founded the Chicago Journalism Review in 1968, which extensively and notably covered the relationship between Chicago police and anti-war protesters at the Democratic National Convention that same year.

In addition to his other journalism experiences, DeZutter has written regular articles in the Chicago Reader about some of Chicago’s neighborhoods that are often overlooked, as well as writing a weekly poetry column in the Chicago Journal.

Outside of reporting, Clark said DeZutter was a generous-hearted man and someone who could always find humor in difficult situations, saying he was able to incorporate acting into work.

“He could find humor, even in difficult situations, or find a way through a funny verse or a parody, to kind of break the ice, to break the tension that there might be around an issue or a particular story,” Clark said. “[He was] a great man with a generous heart.

Norma Green was director of the graduate journalism program at Columbia for 20 years and said she remembers students enjoying the seminar co-taught by DeZutter and his style of teaching.

“The students really enjoyed [DeZutter and Clark’s] knowledge, their spirit, the way they worked on each other as a team. I think that came out in that class,” Green said.

Green said she would review student evaluations of the course and recalls students being excited and looking forward to DeZutter’s class.

“I think he kind of had a natural tendency to want to challenge students to be the best they could be,” Green said.

Green added that many students who went through DeZutter and Clark’s program wanted to be sportswriters, but many of them turned to politics. after taking the course.

“After taking classes like Thom and Hank’s, [they found] that politics was as exciting, if not more exciting than sports journalism, especially in the city of Chicago,” Green said.

Green said DeZutter was more than just a reporter.

“I think he was a very caring person; he was sort of what people now call a ‘polymath’, you know, a renaissance man,” Green said. “He had his finger in a lot of interesting things, but I think he cared really deeply about Chicago. And I think it was good that he was Chicago-centric. That was exactly what we needed to this class.

DeZutter is survived by his wife, Barbara Belletini Fields, and one daughter and two sons, one stepson and two stepdaughters, five grandchildren, four step-grandchildren and two sisters, according to the Chicago Grandstand.

A memorial for DeZutter will be held at a later date. Monetary contributions in honor of DeZutter are welcome at Gabby Gifford’s Courage to Fight Gun Violence.

Journalism and opinion do not mix