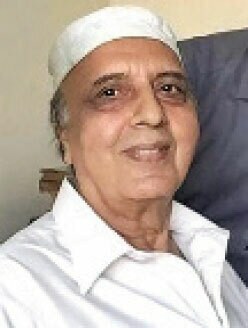 PESHAWAR: Senior journalist and founding chair of the Department of Journalism and Mass Communication at the University of Peshawar, Hafiz Sanaullah died here on Friday at age 76.

His funeral prayer was held at Qayyum Stadium in the presence of a large number of people, including journalists and teachers.

He received a presidential award in recognition of his services in the field of journalism.

Hafiz Sanaullah started his own newspaper, The Frontier Star of Peshawar, after retiring from the journalism department.

Minister of Local Government and Rural Development, Faisal Amin Gandapur, has expressed his deep sense of shock and sorrow over the passing of Hafiz Sanaullah, who was also Chairman of the Pakistani Newspaper Publishers Council, Khyber Pakhtunkhwa.

In his message of condolence, the Minister paid tribute to the late Hafiz Sanaullah for his remarkable journalistic contributions.

Mr. Gandapur prayed for eternal peace for the soul of the deceased and expressed his heartfelt condolences to the bereaved family.