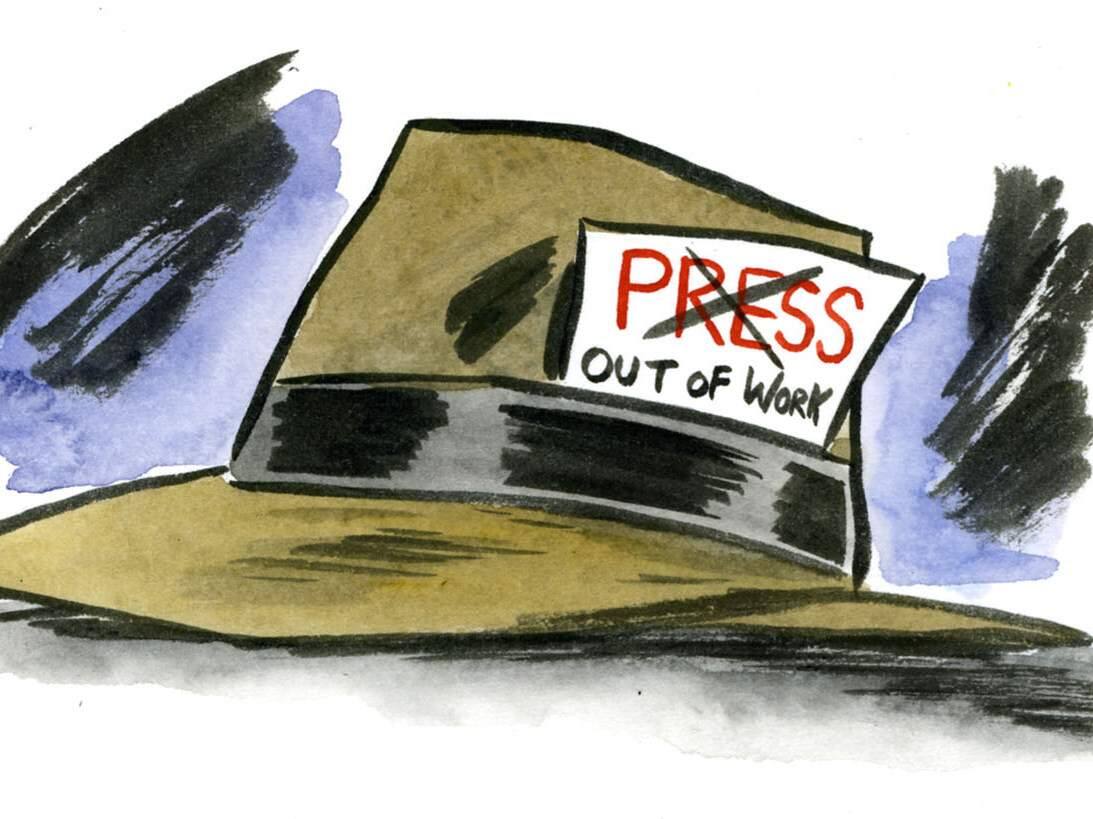 As millions of voters across the country cast their ballots this week, they did so in the shadow of an alarming new Associated Press poll showing nearly three-quarters of Americans fear democracy and the rule of law are seriously threatened.

Poll respondents were split on the cause, with Democrats citing the potential for political violence and recent attempts to overturn legitimate election results, while most Republicans said they thought the government had too much power and, wrongly, that a large number of people were voting illegally.

Many factors have led us to this sad situation, but the most salient is the precipitous decline of local journalism coupled with the accelerating spread of digital misinformation and disinformation.

The economic collapse of local and regional reporting over the past two decades began when unregulated tech giants like Facebook, Google, Twitter, Craigslist and others drained local news outlets of the advertising revenue on which they once counted for producing trustworthy journalism. More than 2,000 American newspapers have closed in the past 15 years, and most of those that survived produce significantly less news for their communities.

Opinion-driven cable TV stations, talk radio stations, and malignant social media companies that profit by flooding users with addictive algorithms that spread harmful misinformation are filling this gaping information void. By perversely exploiting our deepest ideological beliefs, these platforms keep us in a state of perpetual fear and anger, maximizing the likelihood that we will continue to engage. Rather than informing and educating, the deviant business model of social media relies on user agitation and maximizing division to increase corporate profits.

Accurate local news reporting is fast disappearing in this media crisis that threatens our democracy, our society and our communities.

I was vividly reminded of this at a recent reception at the West County Museum in Sevastopol, where its latest exhibit traced the city’s long history of newspapers from 1889. While I enjoyed working as a journalist, editor and editor in Sevastopol in the 1980s, due to the recent disappearance of the 131-year-old local newspaper, it was like attending the funeral of an old friend.

Although it received considerable donations from the community in a direct public offering, the weekly’s publisher was forced to shut it down a few years ago.

The newspaper was later replaced by a digital e-newsletter and website operated by a non-profit news organization. But even running the all-digital paper proved too onerous, and the outlet was cut earlier this year, along with affiliate news websites in Windsor and Cloverdale.

A brand new Sebastopol Times website is operational today and is operated by a digital magazine publisher and a news publisher. While striving mightily to provide local news coverage to the community, it offers a small fraction provided by its predecessors.

The 157-year-old Healdsburg Tribune newspaper is currently on life support, having been acquired earlier this year by a San Jose-based newspaper group. But it is anemic and looks nothing like its precursor.

Closer to home, the weekly Novato Advance, which had been running continuously since 1922, ceased publication several years ago. A digital replacement has limited information, but I found little media coverage ahead of the Novato City Council election this week and wondered how people would know how to vote.

The Marin County daily, The Independent Journal, is owned by Alden Global Capital, a large and secretive New York City hedge fund with a terrible reputation for buying newspapers, selling its real estate and physical assets, and empty its newsrooms to generate huge profits for shareholders. Largely because of these practices, the IJ is a shell of what it once was.

According to recent news reports, Alden is desperately trying to acquire the media company that owns the Napa Valley Register to chart an equally predatory path through that county.

Unlike other communities near and far, Petaluma has enjoyed a continuous newspaper covering city affairs since 1855. Argus’ parent company, Sonoma Media Investments, also owns the Press Democrat , the Sonoma Index-Tribune, the North Bay Business Journal, a monthly magazine, and a host of websites and digital newsletters.