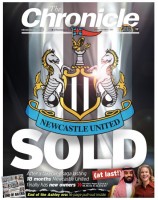 A regional daily has celebrated the buyout of a football club by a consortium led by Saudi Arabia – but says it will not hesitate to answer “uncomfortable questions” raised by the deal.

Newcastle daily The Chronicle published a special 30-page cover edition this morning, as well as a 16-page memorabilia excerpt, after the Premier League’s Â£ 305million takeover was approved.

Its sister website Chronicle Live recorded 1.5 million pageviews yesterday, thanks to live coverage of the developments at the club’s St James’ Park stadium.

In an editorial, the former editor of The Chronicle at Newcastle United welcomed the takeover, but also urged fans “not to hesitate to challenge anything that deviates from our proud record of tolerance and diversity “.

The Premier League said it had received “legally binding assurances” that the Saudi state would not control the club, although Crown Prince Mohammed bin Salman is listed as chairman of the Public Investment Fund which will provide 80% of the funds for the club. ‘OK.

Earlier this year, a US intelligence report revealed that it was likely the prince had approved the murder of exiled Saudi journalist Jamal Khashoggi in 2018.

Saudi Arabia has rejected the report, calling it “negative, false and unacceptable”, and the prince himself has denied any role in the journalist’s murder, while five people were sentenced to death for what was described as a “dishonest operation by a rendition team”. .

Mark, currently football agenda editor at Reach plc, wrote in his editorial: â€œA new era has opened for Newcastle United and it is impossible not to be excited about the potential of a club left behind. on their knees by years of neglect.

â€œIt would be remiss not to recognize that the takeover also comes with uncomfortable questions. Saudi Arabia’s record and attitude on human rights towards women and homosexuality should be unacceptable to any Newcastle fan.

â€œAnd the city of Newcastle will not hesitate to challenge anything that deviates from our proud record of tolerance and diversity.

â€œBut for the majority of Newcastle fans it is about football and what it means for a club which is in the heart of this city. They can once again dream of magical European nights and challenges for honors.

Chronicle football writer-in-chief Lee Ryder and Mark had an exclusive interview with the club’s new co-owner Amanda Staveley on Thursday night, in stark contrast to access battles involving the newspaper and United in recent years. years.

Lee said: â€œThe communication doors were locked, but it was remarkable how within an hour of the confirmation of the takeover [Staveley] was eager to sit down and talk to the Chronicle.

“I hope this can be the start of better times for all of us.”

The Chronicle has already spoken on numerous occasions about the management of the club by former United owner Mike Ashley and the last page of The Chronicle today, pictured below, featured him moving away from Newcastle. 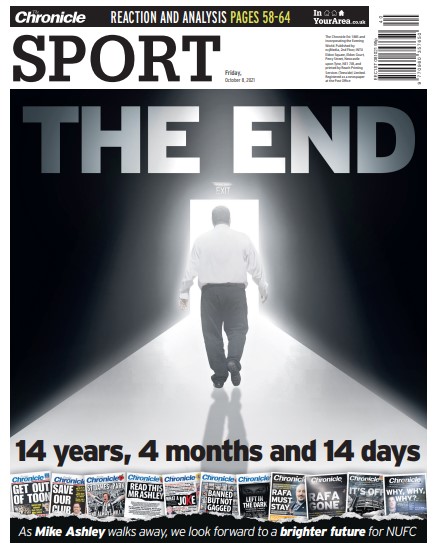 The front and back of the Special Edition, which you can purchase here, were created by award-winning designer Gary Beckwith.

Helen Dalby, Director of Audience and Content for Reach Headlines in the North East, said: â€œEvery day for 14 years, 4 months and 14 days our website and newspapers have reported on every turning point. of Mike Ashley’s tenure at Newcastle United.

â€œThe Chronicle and The Journal are the oldest newspapers in the city, and we live and breathe Newcastle United, taking great pride and responsibility in our role as the voice of the fans.

â€œIt was important that our coverage of the eventual sale of the club, after 18 months of disappointment and frustration, capture the mood of the fans and the city. The whole team have come together to deliver captivating live online coverage and a brilliantly designed souvenir journal to remember.

â€œNewcastle is a welcoming and friendly city and it is incredibly encouraging to have open lines of communication between the new club regime and the local media from the start, and to hear the promises to listen and talk to fans all over the place. right now.

“Next year Newcastle United will celebrate 130 years of existence – and as we have been throughout the club’s proud history, our journalists will be there every step of the way.” 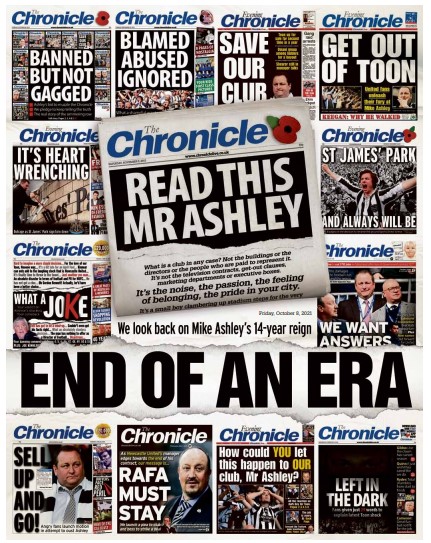 Audio Astra: Podcasts reflect the evolution of media and journalism