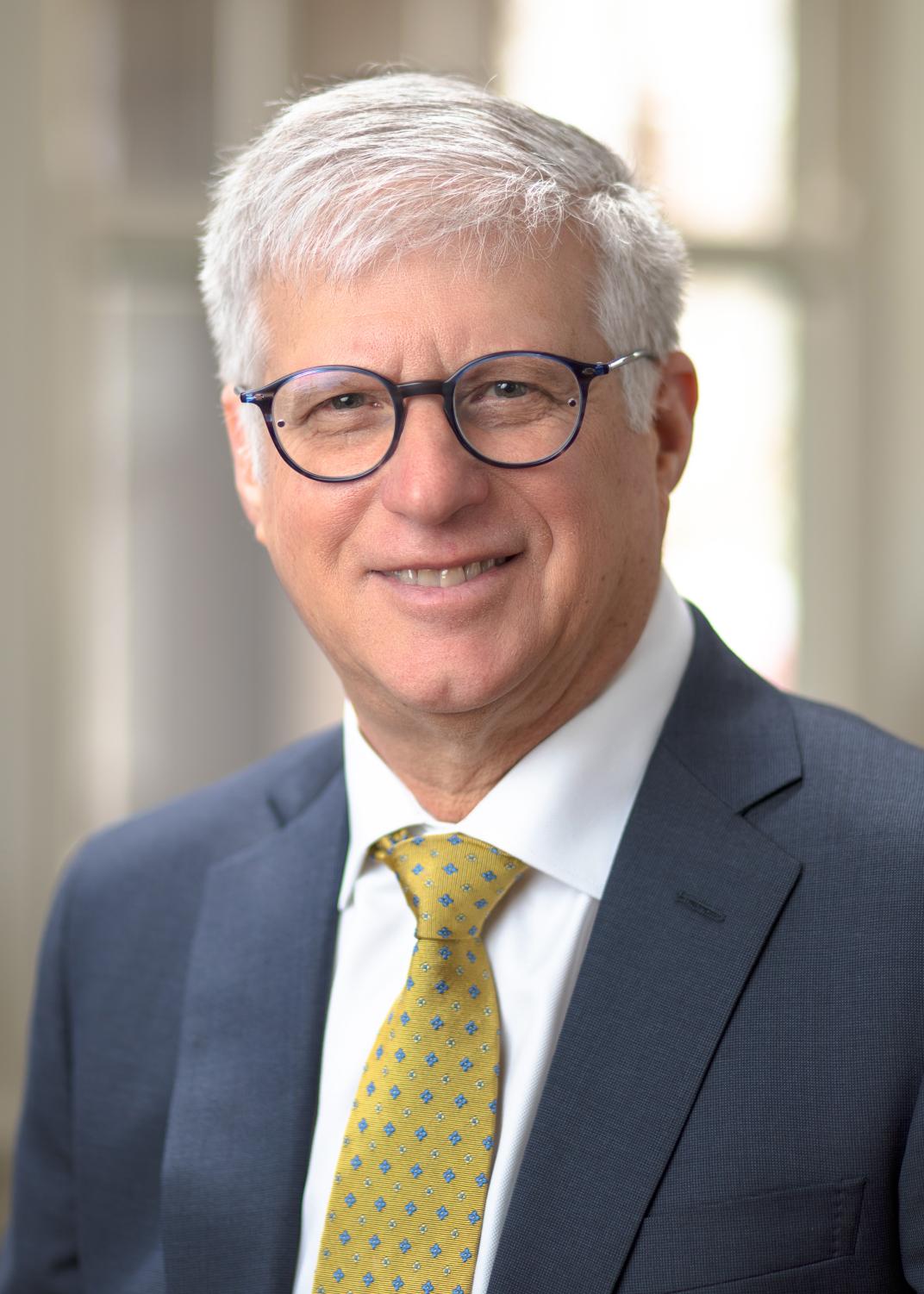 You could say that Bernard Schoenburg’s career as one of Illinois’ most prominent political journalists was sparked by a report on British rock band Jethro Tull.

When Schoenburg walked through the doors of the Daily Illini office in 1974 and joined the college newspaper, he was assigned to cover meetings of the advisory board at Assembly Hall, now called State Farm Center.

“I started covering one meeting a week,” he said. “I was very new to this, and it was just because I was covering this building…I was at the Daily Illini office one day when we got a call.”

The caller said a fraternity sent in one of their pledges to buy blocks of tickets to a Jethro Tull concert at Assembly Hall and resell them for $20 each.

“Tickets were $6, but we heard they were reselling those tickets – scalping them was the word,” he said. “And at that time reselling tickets above the ticket price was not legal.”

And so, Schoenburg was sent undercover with his roommate and $40 for two concert tickets.

“We donated the $40, got the two tickets, took them back to the office and this story, including the picture of the two tickets, came out of it,” Schoenburg said, holding up a copy of the article he had. written with Pat Wingert.

As a result, he and Wingert won an award for investigative reporting at the Daily Illini that year, and the practice of selling blocks of tickets to organizations for events at Assembly Hall was replaced by a system of lottery.

“And so, I was a bit addicted, you know?” Schoenburg said.

After earning a journalism degree from the University in 1976, Schoenburg found a job writing for The Pantagraph in Bloomington with the help of Gene Smedley, the newspaper’s editor at the time.

Eventually, in 1977, Schoenburg was hired to staff the Pantagraph’s news desk at the Illinois State House in Springfield to cover the state legislature and state politics.

“My editor who had worked at the Pantagraph for many years thought I could go. I had no family ties – I could stay in hotels and cover sessions,” he said. “And so I really threw myself into it when I hadn’t even covered a town council meeting.”

When The Pantagraph was purchased by the Chronicle Publishing Company in 1980, Schoenburg was assigned full-time to the State House and moved to Springfield in January 1982.

“Being there on non-session days, being in the press room, having my own space is what really made me realize what I needed to do over time,” Schoenburg said. “I kept growing and ended up staying there for almost five years.”

It was around this time that Schoenburg met his wife Kim, a Springfield native and medical student at the time. Because his wife was doing her medical residency in Oak Park, Schoenburg moved closer to Chicago, where he landed a job as a writer for the Associated Press in 1986.

At the turn of the decade, the couple returned to Springfield, where Schoenburg was hired as a reporter and political columnist at the State Journal-Register, Springfield’s newspaper.

“I always told people ‘It was big city politics, small town traffic’…you can almost always park for nothing or just a little money within a block of your destination”, Schoenburg said. “I enjoyed the size of the city, in part because it offered big city politics to cover and watch while still having a small town feel.”

While covering local and state politics in Springfield, Schoenburg said he always does his best to be fair to those featured in his reporting.

“I was never going to put anything in the newspaper, and for me it was in a column as well as in a story, it would make someone look bad or cast a negative light on someone or raise a question about someone, I always wanted to give them the opportunity to answer,” he said.

Schoenburg noted that although Springfield had a decently sized population, he was still likely to come across the subjects of his stories, especially when covering the Illinois legislature at the State House.

“I found that by giving people a voice, they saw me as fair and kept talking to me,” he said. “I’ve also discovered that these responses can often destroy a story. You hear a rumor; you check it out; it doesn’t show up; I didn’t write it.

Dean Olsen, an Illinois Times editor who worked with Schoenburg at the State Journal-Register, noted that Schoenburg’s presence in the newsroom helped influence other reporters at the paper.

“I think a lot of us learned from Bernie just by watching him,” Olsen said. “He brought a tremendous amount of energy and aggressiveness to his reporting.”

In particular, Olsen spoke of Schoenburg’s ability to pressure his sources for answers while remaining respectful to them.

“It was interesting to hear him on his phone interviews with different political figures,” Olsen said. “We would hear him question people and often not get the answers he wanted, and then keep pressing and learning how to press people without being a jerk.”

Throughout the late 2000s and early 2010s, State Journal-Register staff saw a continued lack of salary increases and a gradual downsizing, which caused Journal-Register employees to unionize, which Olsen helped lead. According to Olsen, Schoenburg was a supporter of the union movement “from the beginning.”

“He was one of our biggest supporters and he was a member of the union when we formed,” Olsen said.

Schoenburg retired from the State Journal-Register in December 2020 after spending more than 30 years writing for the newspaper.

“For 28 years I had the political column in addition to mostly political stories and other things,” he said. “And I’ve done a lot of local coverage – who’s running for what, who’s on city council, who’s running for mayor. I would cover the hot race, whatever it is.